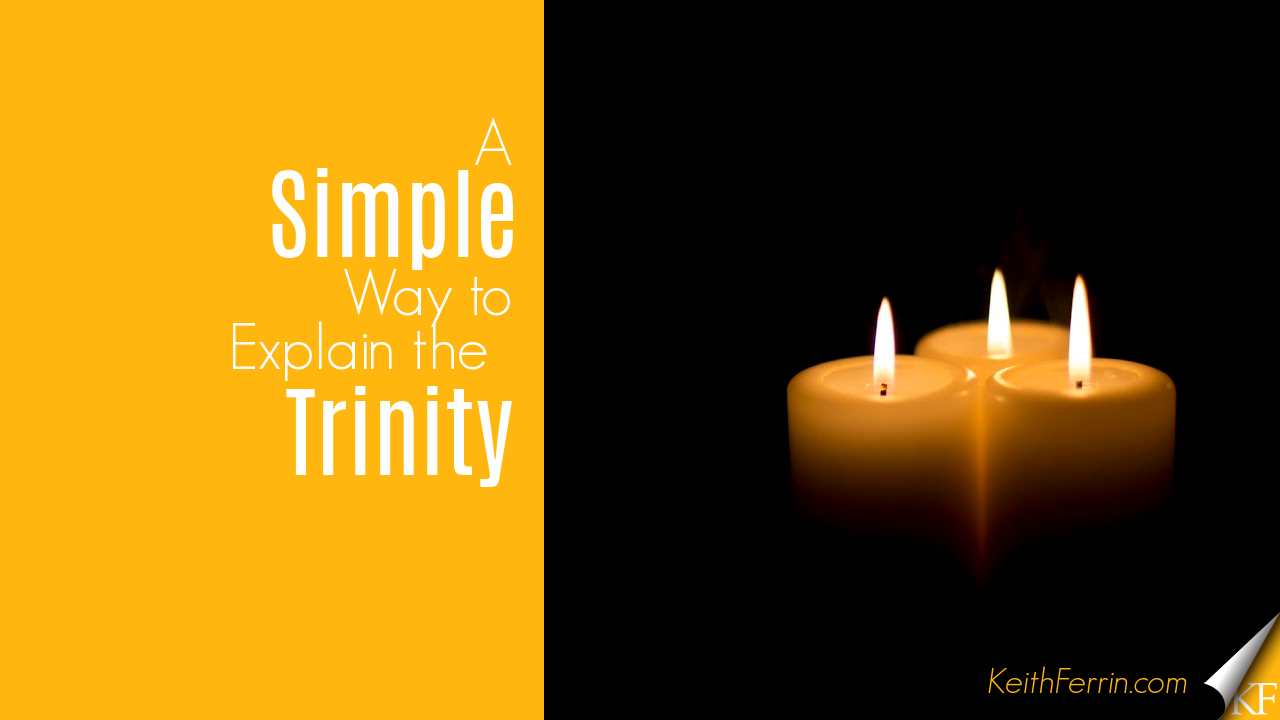 A Simple Way to Explain the Trinity

I recently had some of my kids’ friends ask me What is the Trinity? Is God the same as Jesus? These questions are always asked by someone who is exploring faith in Jesus. After all, they’re good questions. And confusing ones. God the Father. God the Son. God the Holy Spirit. One God? Hmmm…

Most Christians are puzzled by the Trinity, and therefore, can’t explain it very well. Let’s change that!

In all transparency, I feel like I did a pretty mediocre job of explaining the Trinity to them in a way they could grasp. (Heavy sigh.) I’ve been thinking about it a lot, doing some research to see how people smarter than I have explained the Trinity, and come to a better understanding of the Trinity – and how to explain the Trinity in simpler terms.

One of the problems is that most of us – myself included – are tempted to move too quickly to analogies that only help explain aspects of the Trinity. So, rather than starting there, here’s where we’re headed:

My Starting Point for Trying to Explain the Trinity

Believe it or not, the fact that God is too immense for our finite minds should be comforting, not discouraging! After all, as I have said many times (to myself as much as others!)…

"If God was small enough for my brain to fully understand, He wouldn’t be big enough to save me!”

The authors of the Bible understood this. That’s why they wrote words like we find in Job 11:7-8…

"Can you fathom the depths of God or discover the limits of the Almighty? They are higher than the heavens—what can you do?”

The Simplest – but Still Clear – Explanation for the Trinity

The next time you (or I) are asked to explain the Trinity, you could start with a 1-sentence definition and then unpack that definition. That way we’re providing a simple, common language and framework for everything else we’re going to say (or any analogies we use).

"The Trinity is the foundational Christian belief that God is one Being who exists in three Persons.”

The Bible is full of Scripture speaking of there being only one God (see Deuteronomy 6:4 for starters), as well as the Father, Son, and Holy Spirit all being God. That’s where the confusion comes from. I won’t go into all of the verses here (simply type “bible verses about the Trinity” into Google and you’ll find plenty).

Before moving on to understanding the idea of one Being existing in three Persons, I will point out that the Biblical idea of the Trinity goes all the way back to the first verse in the first chapter in the first book of the Bible. Genesis 1:1 says this:

"In the beginning God created the heavens and the earth.”

The Hebrew word for God is Elohim. The verb for created is bara. Elohim is the plural form of the word God. However, bara is the singular conjugation of the verb. Every time the word Elohim (plural) is used throughout the Old Testament referring to the one, true God, it is used with a singular conjugation of the verb. The idea that God is somehow three and one starts on Page 1 and never changes.

Ok…so…What about this idea of “one being who exists in three persons?”

As you’ll see explained more deeply in one of the videos below, you can think of it this way:

While this is – in my mind – the simplest, clearest explanation, I understand that even this breaks down when we go further and say “I am a human and I am Keith Ferrin. But Keith Ferrin is not every human being.”

This is absolutely true. That is where I go back to the “starting point” I mentioned above. There will always be some level of mystery to this, but when you talk about the being/nature/essence as “God” and the persons/expressions as “Father, Son, and Holy Spirit” I think we get at least a little bit closer to beginning to comprehend something we can never fully comprehend.

If you go to YouTube and search on “explain the Trinity” you’ll find lots of videos. Most of them are less-than-helpful. Here are three I found to be really helpful.

How We EXPERIENCE the Trinity (My favorite of the three)

How We EXPLAIN the Trinity

How we TALK ABOUT the Trinity

The 3 Most Common “Trinity Analogies” (and their limitations)

The three most common go-to analogies for explaining the Trinity are water, an egg, and the sun. If someone already has an understanding based on the definition and explanation above, then these analogies might help them grasp aspects of the Trinity. (Again…we’re trying to grasp something that isn’t fully grasp-able.)

Here’s the problem (and why we shouldn’t start with these analogies): If these analogies are the only way someone thinks of the Trinity, it will lead to one of two errors.

Either…The person we’re explaining it to will think that God simply changes from one to the other at different times and under different circumstances (water). This is a limitation on God that doesn’t acknowledge that God is always the Father, always the Son, and always the Holy Spirit. The technical term – in case you’re interested – for this wrong way of thinking about God is called modalism.

Or…The person we’re explaining it to will think that the Father, Son, and Holy Spirit are only parts of God (egg and sun). Admittedly, the idea of three distinct persons/expressions that are each fully God is part of the mystery.

But it’s not a mystery that can – or should! – be explained away. It’s a mystery the Bible teaches. A beautiful mystery. A mystery that should cause us to marvel, and wonder, and worship!

Fill this out to make sure you don't miss a thing! (Oh...and I'll send you my free guide The Simplest Way to Study ANY Bible Passage as a "Thank you" for jumping on board!)

We hate SPAM. We will never sell your information, for any reason. 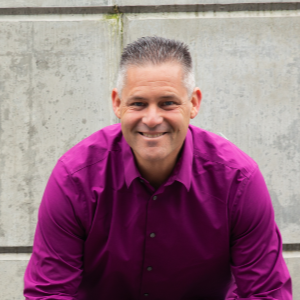 I'm an author, speaker, husband, father and ice cream lover. My passion is helping you not just read and study the Bible, but truly enjoy it! 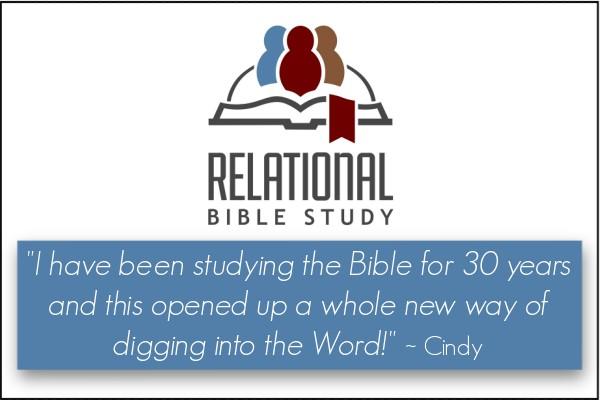 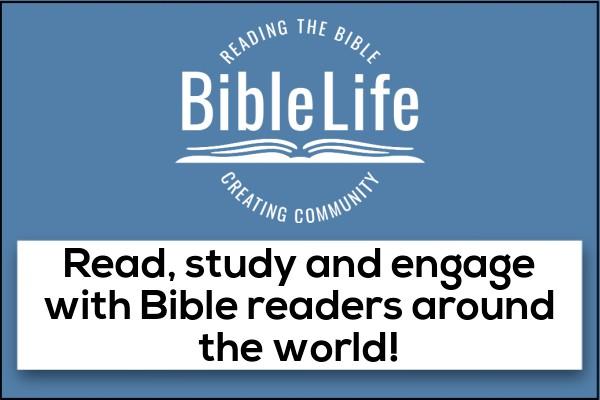 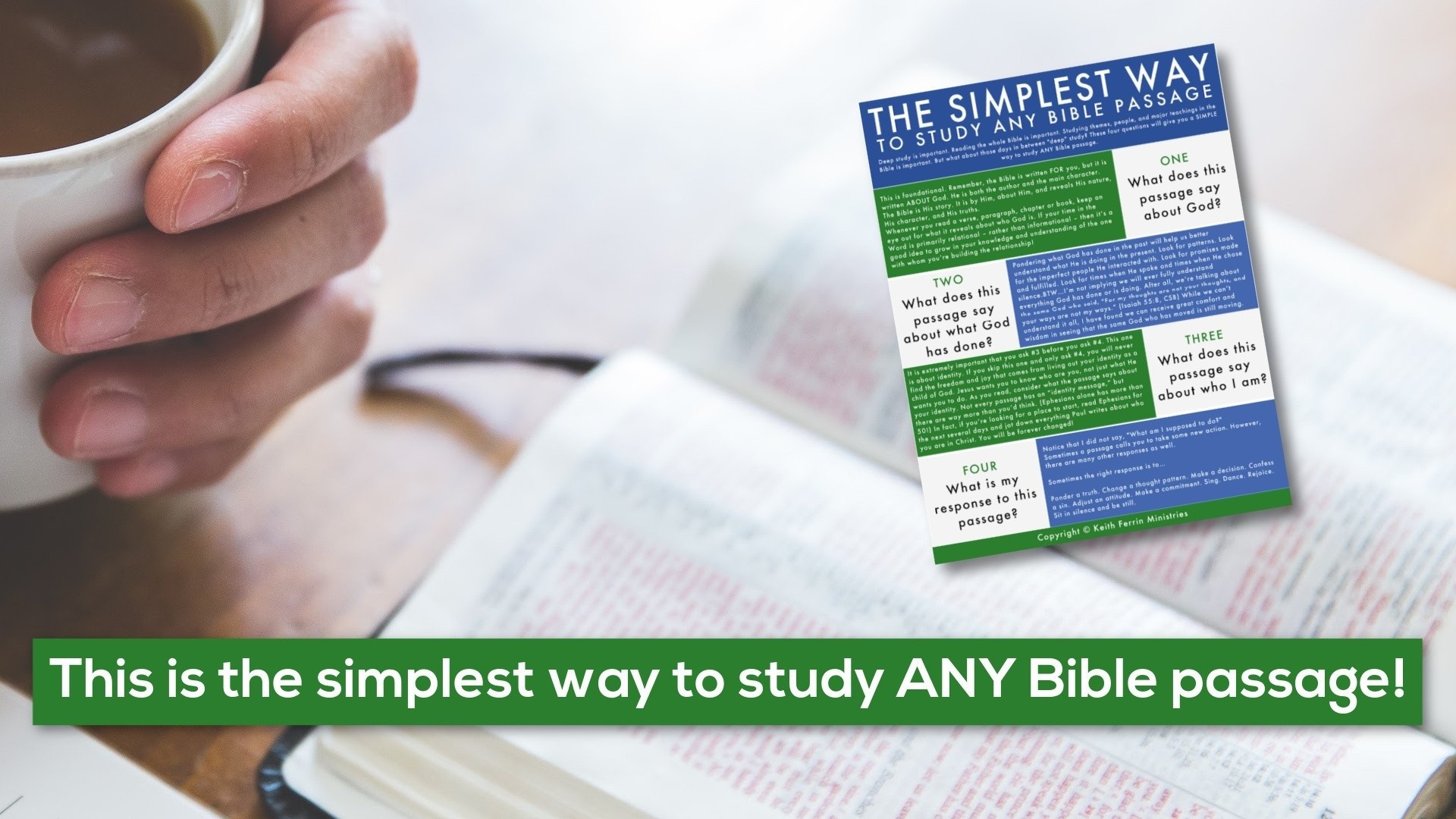 I would love to give you this free guide before you go! 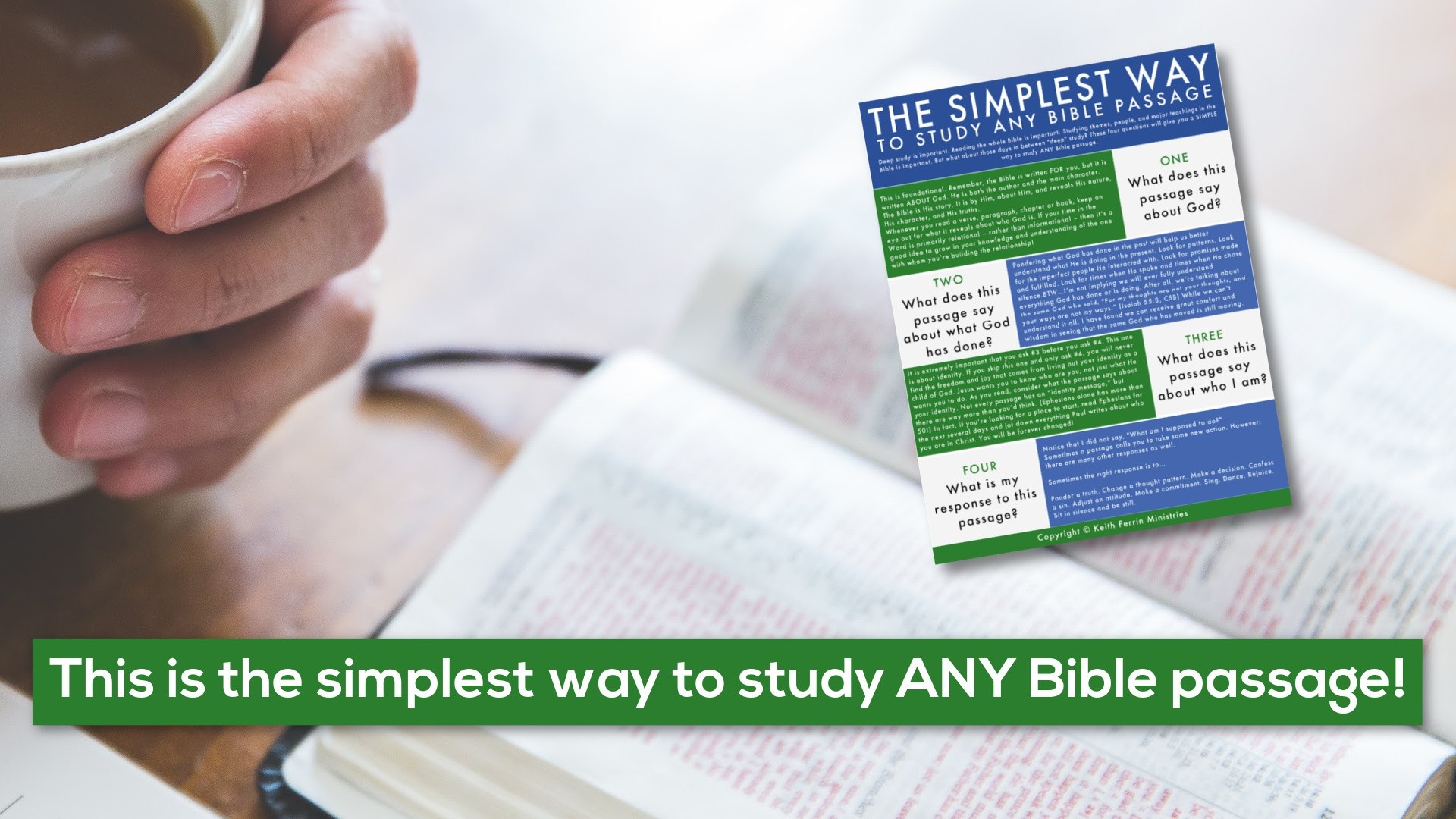 It's so simple, it fits on one page. Perfect for the Bible newbie or the long-time Bible reader.

I hate getting spam. (So I won't send you any.) Unsubscribe at any time.